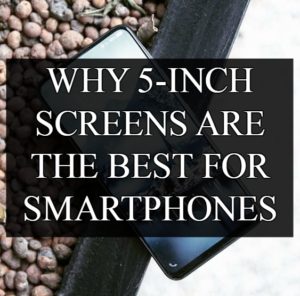 Smartphones come with different screen sizes but there is a sweet spot around the 5-inch mark. At this sweet spot, the screen is neither too big nor too small, just perfect! Smartphone screens bigger than 5 inches as well as those below 5 inches have their own advantages and disadvantages. However, you will almost never go wrong when you buy a smartphone with a 5-inch screen. Out of the last three smartphones that I have used, two of them had a 5-inch screen. I fell in love with 5-inch screens because of the following reasons.

A 5-inch smartphone fits perfectly in majority of people’s hands. As much as the size of the whole body differs, I find smartphones with 5-inch screens to be fitting in the hand more than any other screen size. When I talk of ‘fitting’, I mean you can comfortably use the phone with either one hand or both hands.

I once had a 4-inch screen smartphone that I could not operate with both my hands. The phone was too small to accommodate two hands. When receiving calls, the phone was too small in the hand, which made it feel odd. I remember someone once made fun of me saying I look like I’m scratching my ear when I talk on the phone.

My first smartphone was a 6-inch phone. It had its own downsides. One of the major drawbacks of that 6-inch smartphone was the need to use both hands to operate it all the time. Sometimes a call would come and one of my hands has grease. It was impossible to drag the call icon from the center of the screen to the side to receive the call with one hand. Even picking up the phone with one hand was a problem.

With the current trend of phone backs made of glass, grip is becoming a major concern. I cannot imagine how I would survive if the 6-inch phone I had had a glass back. For the 5-inch smartphones I have used and I am currently using, I can easily pick up the phone with one hand and operate it. If I want to use both hands like to play a game, I can still do it comfortably.

Have you ever used a smartphone with a broken screen? If you have, probably you know that in most cases, what you intend to touch is not what is actually touched. For instance, if you are keying in numbers, you may press 3 but the phone gives you 6. This kind of problem is what I call touch confusion.

This problem occurs when the phone you are using does not fit well in your hand. If the screen is too big and you want to touch an icon at the far end of the screen, you may find yourself touching an icon that is before the intended one. On the 6-inch phone I once used, I had to touch icons at each end using the hand closest to that side.

On smaller screens, the problem is reversed. Your fingers are just too big and you find yourself touching two things at the same time. The most common challenge I had with the 4-inch screen smartphone was typing on the keyboard. The letters were too close to one another, which made it hard to touch the intended keys. The problem only became worse when I tried to use both hands to type.

With my current 5-inch screen phone, the story is different. I can touch all ends of the screen with one hand and I can still use both hands to operate it. The keys on the keyboard have sufficient space between them for me to touch the right keys. It is the perfect balance between the big and small screen phones I had.

When using a small screen, sometimes you have to zoom in to see contents on the screen. The common times I zoom is when I am reading a document that has a really small font. On my small screen phone that I used, I frequently needed to zoom to see details on the screen well. Also, it was hard to operate that phone when you zoom in since the whole screen could only show very little details.

The big screen smartphone did perform well is showing more details even when I have zoomed in. The challenge with the big phone was the difficulty is zooming. Since it was hard to hold the phone with one hand, zooming in objects at one end of the screen where one thumb cannot reach was hard. I had to put the phone on the table for me to zoom or struggle to hold it with one hand and use the other hand to zoom.

However, with a 5-inch smartphone, zooming is easy. The screen shows enough details and zooming is simple since you can easily use your thumbs to zoom any part of the screen.

Having a smartphone with a big screen is advantageous when it comes to watching videos and viewing details on the screen. However, when you think of buying a phone cover to add to protect your phone, you realize the cover makes the phone too big to fit in your pockets.

This is one of the reasons why I almost never use phone covers. But as much as I want a big screen, I have to figure out a way to protect it. After struggling with this thought for a while, I landed on a 5-inch screen smartphone.

With this smartphone, I have a decent screen to watch videos and yet the phone is small enough to fit in my pockets even when I add a phone cover on it. I managed to find the perfect balance with my 5-inch screen phone.

As much as other smartphone screen sizes have their own advantages, I don’t see any other screen size that is fitting as the 5-inch screen. Most of the current flagship smartphones like the Huawei P30 Pro have screens over 6 inches. The screens have high resolution but in my opinion, they are too big.

Screen size, I believe is one of the reasons why tablets failed spectacularly. They are just too big and hard to handle. People can easily peep and see things on your screen when you are using a tablet in public. Going back to 5-inch screen smartphones will be a great move by manufacturers. 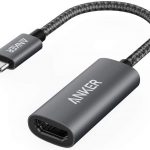 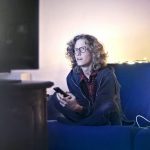